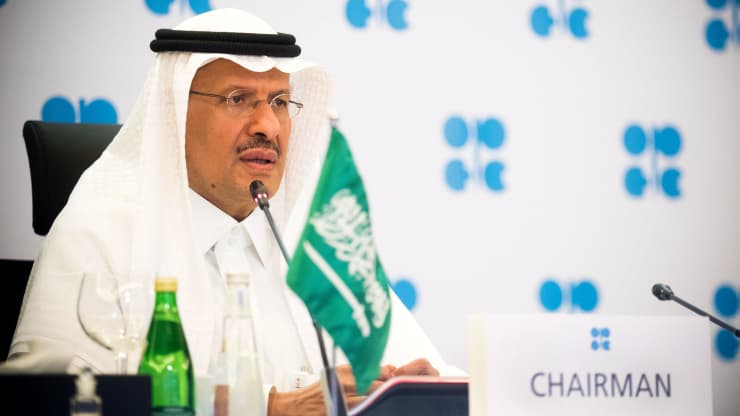 OPEC heads into Thursday’s meeting with Russia and other allies with a better command of world oil prices than it has had in years, analysts said.

OPEC+, the organization of oil-producing countries and its allies, is expected to consider adding between 500,000 and 1 million barrels per day, but analysts said there is some talk it may consider no increase. Reuters reported that an internal OPEC report points out that the market could fall back into an oil glut after the group reverses its 6 million barrels a day of production cuts by April 2022.

The report gave a boost to oil prices Wednesday.

Brent crude futures, the international benchmark, were trading just over $75 a barrel Wednesday. West Texas Intermediate crude futures for August were just under $74 a barrel, around their highest level since the fall of 2018. Oil prices rose Wednesday on a report of lower U.S. inventories.

“This is their most important meeting in over year. They were staring down a grave situation with negative pricing last year, and they came together,” Again Capital partner John Kilduff said. “The plan has been to return 500,000 barrels a month, and I think they’ll stick to that. It’s working for them because prices keep going higher and higher.”

OPEC is expected to consider extending its current production accord beyond the existing April 2022 end date, and analysts widely expect it to return 500,000 barrels to the market in August.

“To me, the interesting story is if they roll over current cuts, how high do [prices] go. It’s being discussed in terms of the potential options,” RBC head of global commodities strategy Helima Croft said. She said the market has already priced in 500,000 barrels a day of additional production, and if it was higher than expected, prices would fall slightly.

Croft said OPEC+ has become more flexible since Covid, and it can quickly adjust when it sees how big factors will affect the market.

For instance, the U.S. and Iran have been discussing a new nuclear accord. If that happens, Iran could return at least 1 million barrels a day to the market. The timing of that is unclear, and that oil would have to be absorbed alongside OPEC’s current production later this year if a deal is struck.

“OPEC used to move like a battle ship. We had these biannual meetings. It was so hard to convene OPEC” during Covid, Croft said. She noted that OPEC operates now more like the U.S. Federal Reserve, with regular policy-setting meetings.

“It means they really have directional control of the market,” she said.

The Organization of the Petroleum Exporting Countries, led by Saudi Arabia initiated monthly meetings this year, with the oil market in a state of flux as demand returns. OPEC Secretary General Mohammed Barkindo said Tuesday that OPEC expects demand to rise by 6 million barrels per day this year, with 5 million of that coming back in the second half of the year.

“Now with the monthly meeting structure, they’re more like a speedboat as opposed to a battleship. If the Delta variant is really demand-destructive in key geographies, they can reverse course,” Croft said. “To me, this monthly meeting structure has given them flexibility to adjust quickly. And for market participants, everybody has to tune in. They are the story. … This is how things have changed from 2015 when they were written off as irrelevant.”

Big changes in the market also changed OPEC, which had to cut production sharply last year as demand cratered and oil prices collapsed. Of less concern has been pressure from U.S. shale producers, who had previously moved aggressively to add new wells every time prices rose.

In the U.S., the politics of oil has also changed dramatically.

The Biden administration is more focused on climate and renewables. The Trump administration had been set on growing a stronger, less-regulated oil sector. During that era, the U.S. grew to be the world’s largest oil producer.

“They [OPEC members] have the wind at their back,” Croft said.

She said they see the oil majors with ESG mandates, and the new focus of courts and the U.S. government.

“We’ve gone from energy dominance and we need every barrel on the water” to a net zero climate policy since the U.S. rejoined the Paris accord, Croft noted. President Joe Biden has pledged the U.S. will cut carbon emissions in half by 2030 and put the U.S. on track to net zero emissions by 2050.

“They [OPEC members] are saying this is set up for us in a way that six years ago looked unimaginable in the era of U.S. energy domination,” she said.

Croft said U.S. oil diplomacy has also changed, and it’s not clear how or when the Biden administration would let OPEC know prices are getting too high.

“If it was President Trump, the hotline would be blinking. Market participants have forgotten how activist he was. He managed both the upside and downside for oil prices,” she said. “The whole idea of American energy dominance was to assist oil production.”https://datawrapper.dwcdn.net/x0AR4/1/

Some U.S. oil producers have been slow to add production. They are hampered by a lack of capital as well as a focus by shareholders on dividends and debt repayment, in addition to a new green focus.

“OPEC+ is trying to follow the market, rather than lead the market,” IHS Markit vice chairman Dan Yergin said. “I think both the Saudis and the Russians see this in their interests. I think the Russians want to be sure that their aim is not to have the price so high that it brings back another flood of U.S. shale. They’re much more concerned about that than the Saudis are.”

While analysts expect oil to rise above $80 a barrel or even $85 a barrel this year, they figure OPEC+ will try to keep prices from going too high.

OPEC+ is in a balancing act. If it puts too little oil on the market and prices run up, U.S. producers will be drawn into more drilling. If it puts too much on the market to keep prices lower, the U.S. may strike a new nuclear deal with Iran that could result in as much as 1.5 million barrels a day back on the market by the end of the year. That could go even higher, depending how much oil Iran takes from storage.

WATCH NOWVIDEO03:17Croft: The likely path is for a modest increase in output from OPEC+, but we just don’t know about any wild cards

“They’re just starting to get their heads above water with this price,” Bank of America head of commodities and derivatives strategy Francisco Blanch said. “My sense is the group wants to preserve these prices. They probably don’t want to push prices much higher right now.”

Prices that rise too much would hit demand in emerging markets. In a country like India, a main buyer of Middle East crude, $75 a barrel oil is already a high price, he said.

“I think OPEC doesn’t necessary want to be in the headlines for having too high an oil price,” Blanch said

. “Even if the oil averages somewhere in the low $70s, we’re only going to get back to the budget break evens that the core members of OPEC have, led by Saudi Arabia.”

According to an RBC study, Saudi Arabia needs to bring in $77 per barrel to make its budget. Russia needs $72 per barrel, and United Arab Emirates is at $65. The average for all producers to break even is $93 per, but that includes the more than $300 per barrel price required by Venezuela.

Blanch said prices for Brent have averaged $64 per barrel for the year so far, and that average should rise to $68 by year end. “We’re going to be $70 plus for the rest of the year,” he said. Blanch expects next year to be different, with the potential for a spike up to $100.

“There is certainly any number of trap doors under this market,” Again Capital’s Kilduff said. “The OPEC plus history, led by the Saudis, is to overplay their hand, and let prices run to the upside, add too little, too late for an extended period of time until market forces overtake them — like what would be the expected renewal of U.S. shale.”

But there are signs that the U.S. industry could make a comeback soon, and that could have a dampening effect on prices. Blanch expects U.S. production to return to its previous highs of 13 million barrels per day by the end of next year.

U.S. inventories are the most closely watched in the world, and they have been falling sharply in recent weeks, something that could trigger a ramp-up by the U.S. industry. According to the U.S. government, crude U.S. inventories fell nearly 7 million barrels in the past week, similar to the amounts in each of the prior two weeks.

Kilduff said inventories have not been this rapidly depleted in at least seven years.

“That ushered in the real shale onslaught,” he said. “They’re revving up. I’m talking to operators out there. They’re having trouble finding people.” 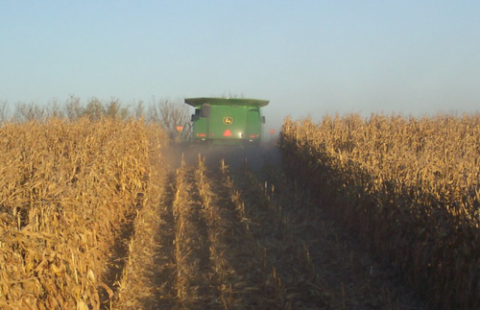 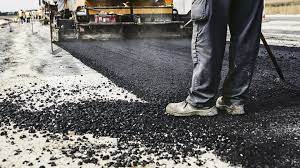